Two of the most interesting features of Samsung smartphones are multitasking with a double screen and applications in floating windows. Since the first versions of TouchWiz we were able to enjoy both functions, and since then we have seen how different manufacturers have implemented them in their customization layers (see LG or Meizu). Today, however, we will show you how to have floating windows in Android on any device and without having to be root users.

As a recommendation, we advise you to have a device with at least 3 GB of RAM, since the application that we use requires a large amount of memory for proper operation.

Applications in floating windows for all

It was in Android Nougat 7.0 where Google implemented the multiventana of two applications natively. Thanks to this, we can enjoy real multitasking with the double screen even in low-end devices. However, many miss the applications in floating windows in the style of Windows, Linux or Mac. 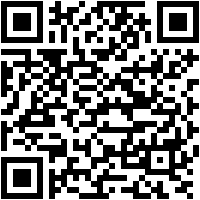 With  Floating Apps for Android, we can enjoy these by installing a single application. Simply download it to our device to have more than 35 applications convertible into windows, which can be minimized and maximized and moved at will. Some of the available applications are YouTube, Facebook, Twitter,  Calculator, File Manager, Music Player. Video player, image viewer, recorder and document viewer, among many others. In addition, we can create our own floating applications in a couple of clicks in the option of My applications within it.

On the other hand, its operation is so simple that it does not require any type of initial configuration: we will only have to open the application and automatically we will see a floating bubble with a large number of available tools. Then, we will select the desired ones and they will appear as if by magic in the form of a floating window.

Likewise, we can configure parameters such as the opacity of the windows, the size, and location of the same, as well as save all open applications in a start-bar menu. It also has a paid version that although it includes almost the same functions as the free version, serves as a way of thanking the developers.