Since Google decided to change Google Play policies to give developers the ability to lower their apps for certain periods of time, each week we are lucky to witness the arrival of great offers in applications and games, which in some cases even, can be downloaded without having to pay a single euro.

And today, precisely, it is one of those cases. For a few hours, the Call Notes Pro application has appeared in the Android application store with a 100% rebate compared to its original price of 4.19 euros, and for a while, we will be able to download this useful tool totally free.

Free download Call Notes Pro, only for a few hours

This application is aimed, above all, those who make a good number of phone calls throughout the day. Thanks to Call Notes , it is possible to create notes associated with the different contacts in the phonebook , which will appear whenever we make or receive a call.

The tool will automatically identify the contact with whom we are about to establish the call, and shows us the notes saved previously. Among some of the features of the app, for example, is able to show what day we have our next event with that person or when it was the last time we had called and the duration of the call.

Call Notes helps you identify who is calling you. You will not ask yourself again “and who was this?” Never again. The application can display notes, company, position, birthday or the event closest to the calendar, all during the call. You can also create notes while in the call and even sync them with your default notes app such as Evernote or Microsoft OneNote.

In addition, we ourselves will be able to modify the notes before, during and after the calls, as well as customize them with different styles of text and color. All this, with a careful interface according to the design lines of Google Design .

The truth is that it is an application that can be very useful to more than one user. Now that it’s free over the next few days, it’s a great opportunity to try out all the goodness it hides, which are not few. 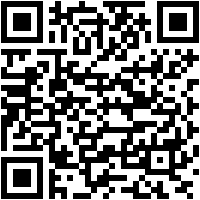