Capturing conversations that you have kept in a WhatsApp chat and creating a concrete image is not really easy to do with the tools that can be provided by the same instant messaging service, so we have no choice but to go for it of third-party applications. And to carry out this work nothing better than Pic Stitcher for Android.

Also Read: Instagram gets in tune with Halloween and adds a dramatic zoom filter

With Pic Stitcher for Android we will be able to capture conversations in WhatsApp in a single image , because once we have all the captures that we want to do, the application groups them in the order that you specify and in this way makes them in a single image with which you can work in a much simpler way.

With this to get a single image, we make sure to share what we want in the order we decide. We have different options when it comes to making that image that interests us, the first is to vertically join our conversational captures, we can also do them horizontally and automatically. We can choose where to produce the cut between captures before saving that image we need.

The good thing about capturing WhatsApp conversations with Pic Stitcher for Android is that we can collect screenshots that we have made anywhere on the smartphone, and we can also capture and collect them from web pages and read them much later. You can use this application in other services such as Facebook or Twitter without any problem. 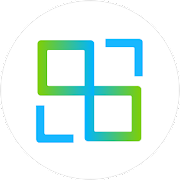 Read these below, Editors picks